There are a lot of smart guys out there. They’re successful with good educations and stable jobs, and they also respect women. They’re just overall good guys. Yet even these men seem to be able to mess up relationships with women repeatedly and with such ease that it makes it almost seem deliberate. Why is that?

It seems like an age-old story, right? Guy meets girl, guy and girl have a connection, guy immediately (and then ever after) puts his foot in his mouth, does something insensitive, or any number of other things that suddenly makes the connection tenuous and creates strife. As it turns out, there are some specific reasons for this and very common mistakes that even the smartest men tend to make.

Why Men Make Mistakes So Often

Men and women are different. Duh, right? I mean, that’s why relationships are fun and exciting – while also confusing and frustrating. One of the biggest differences between men and women, however, is their emotional intelligence quotient (EQ). Women simply tend to score higher.

Emotional intelligence is not synonymous with being emotional. What it is, really, is how we  manage our relationships with others and relate with them. EQ, in its actual definition, refers to emotional and social capacities that cumulatively demonstrate how efficient we’re able to:

What this means is that someone with a high EQ is not only in-tune with their own emotions, but can recognize and effectively respond to the emotional state of others. This is an area where women typically outdo men.

Having a higher EQ can be a benefit in many areas, not just relationships. But when it comes to relationships, being able to see, understand, and respond to emotions and the non-verbal cues related to emotion can prove to be crucial. Without this skill (ahem…guys are you listening?) you can make big, insensitive mistakes and mess up a good thing. 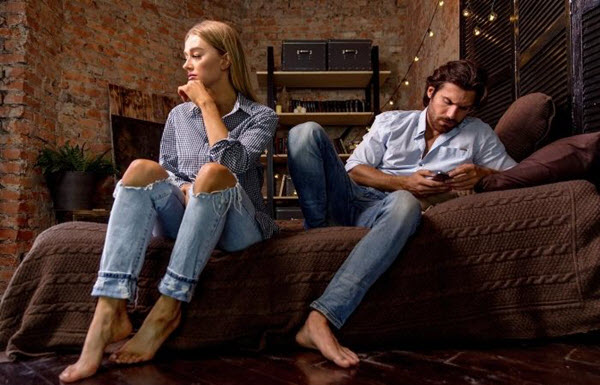 Okay, we know even smart guys make dumb mistakes with women. And not all of these mistakes are the same, but here are a few that seem to be fairly universal.

Trying to control everything

This is a big one and most of us have been guilty of it. We can blame society, stereotypes, or our parents, but men are generally taught they need to be strong and in charge. Control issues for men can show up anywhere from making plans for the two of you without consulting her, to trying to “fix” every problem or dilemma she encounters.

Women aren’t fond of being treated like subordinates, which is what you may be unconsciously doing if you try to take charge of everything. Remember, she’s your equal; she may even be smarter than you, and a relationship is a partnership.

You fail to consider her feelings (or simply ignore them)

If you pay attention and listen, most women will tell you (or show you) how they feel. Not acknowledging these feelings and responding appropriately can leave you in a bad spot. Because women are generally more in-tune with emotions they want them to be recognized and understood. It makes them feel closer to you and safe in your relationship. And guess what? It’s good for you too.

You don’t express your own feelings

Yep, she expresses hers and she wants to hear yours too. The tendencies toward one-word answers, holding things in, and trying to be “strong” that many men do can leave your lady feeling uncared for and in the dark. Just like Billy Joel advises, “tell her about it, let her know just how you feel.” This includes when you’re feeling hurt, scared, or insecure.

This may rival being controlling as one of the largest mistakes. Never assume anything (pretty good advice in general). You can’t read her mind and she can’t read yours. You must establish good communication if you want things to be strong and healthy between the two of you.

You don’t make her feel valued

Although the need to feel valued isn’t just a girl thing (we need it too), typically, women are much better at making us feel valued than we are at making them feel valued. Men are notorious for taking the love, affection, and small things that the women we love do for us for granted. Find a way on a regular basis to let her know how much you appreciate her.

While smart men do often make dumb mistakes with women and their relationships, it should be noted that women can be equally as guilty at times. I, by no means, don’t want to insinuate that men are knuckle-dragging morons that can’t treat women properly. Or that women are universally angelic and never at fault.

The fact is that relationships are tough at times and both genders are capable of making dumb mistakes. The blunders of men often just happen sooner and are more immediately obvious.